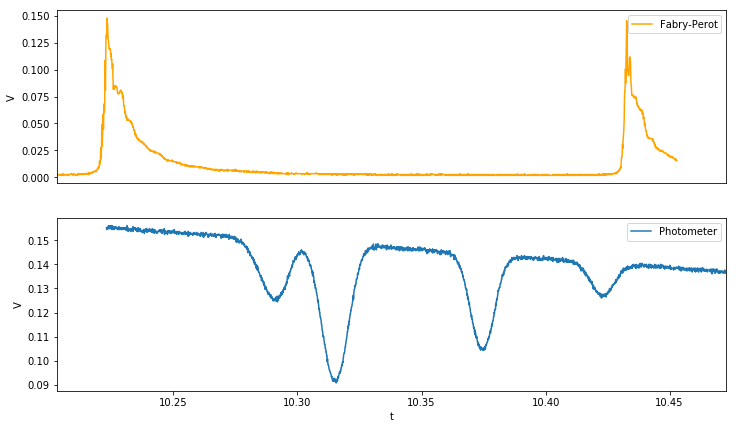 Remove the background signal that is a result of the rectangular modulation in laser current. 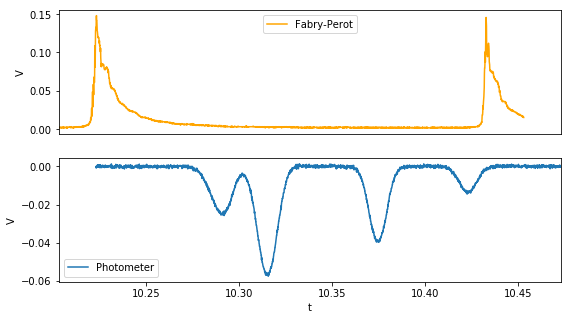 The Fabry-Perot spectrum is used to calibrate the time-axis on the oscilloscope. The FP spectrometers peaks are always separated by 10 Ghz, this is called the free spectral range or FSR. 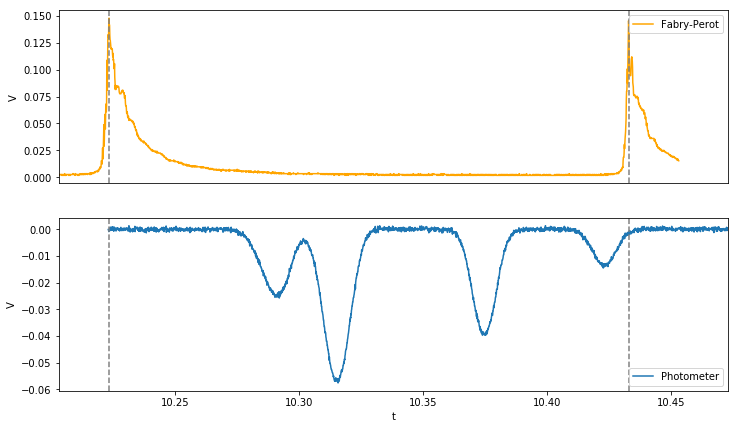 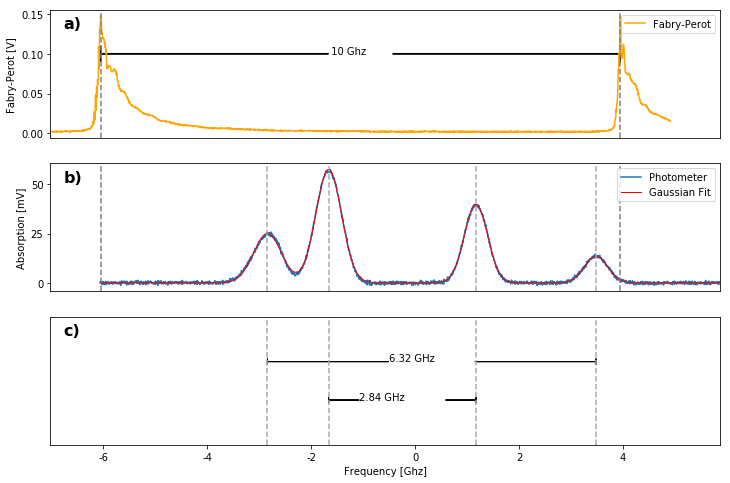 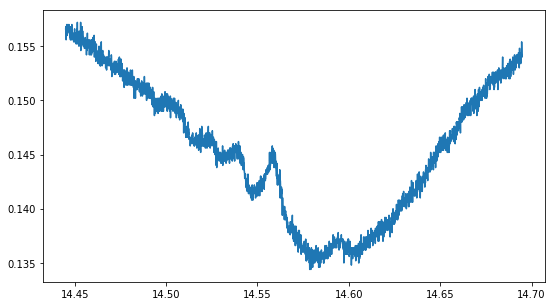 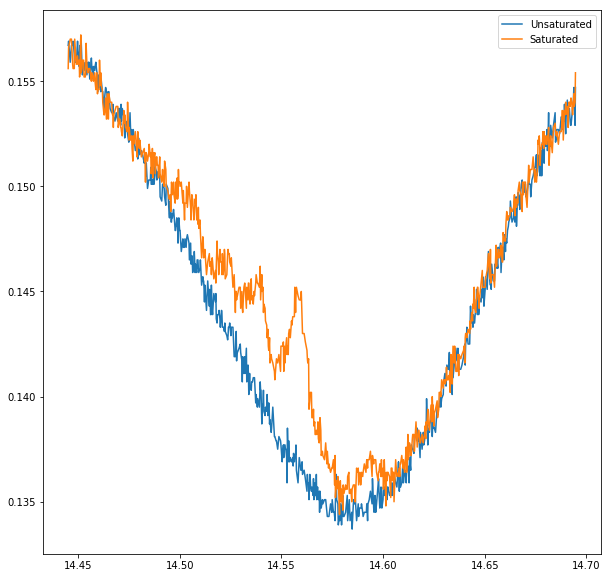 Again, we have to subract the linear background produced by the current modulation from both signals 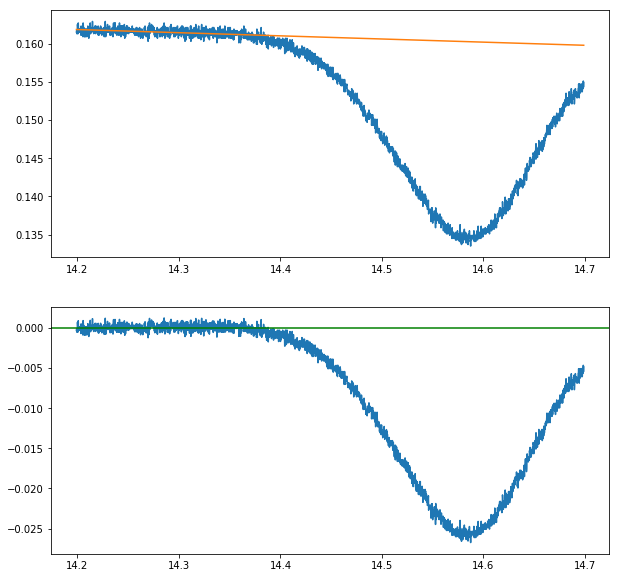 Because we cannot use the FP spectrometer to calibrate the time axis in this case, we fit the unsaturated peak and compare its width to the corresponding peak’s in our previous measurement. As both widhts should be the same in frequency, we can easily determine the scaling factor. 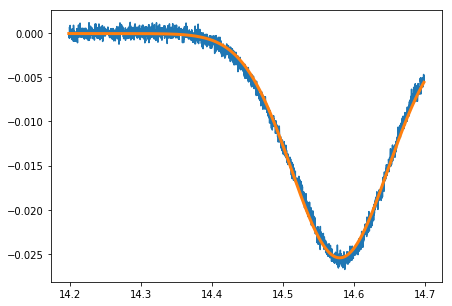 Because we are measuring with a very high resolution, the signal contains a lot of noise that we can filter out by employing a method call LOWESS (Locally Weighted Scatterplot Smoothing). The hyperparameters of this smoothening algorithm should be hand-tuned to achieve good results 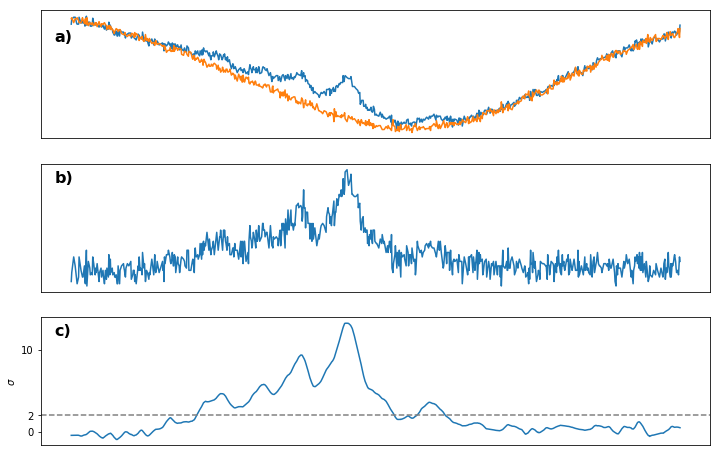 a) Saturated and Unsaturated spectrum

c) Spectrum from b) smoothened with LOWESS and normalized to the standard deviation $\sigma$ of the noise. Dashed grey line gives the cutoff $2\sigma$ that we require to identify a peak as such 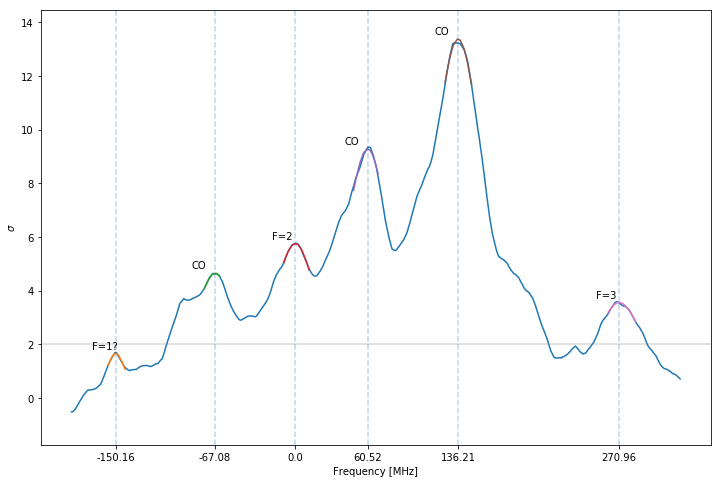 The peaks are fitted with lorentzians as indicated by the colored regions. The peak positions are given by the dashed vertical lines and labeled accordingly, where CO stands for cross-over peak (see paper for more information). Again the y-axis (Intensity) is normalized to the standard deviation of the noise. 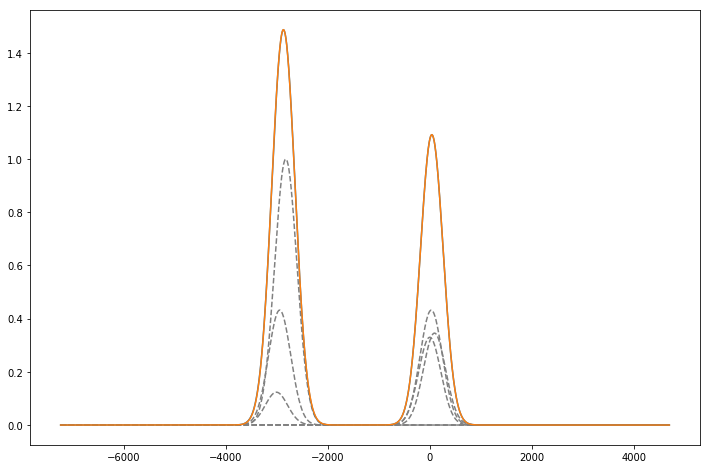 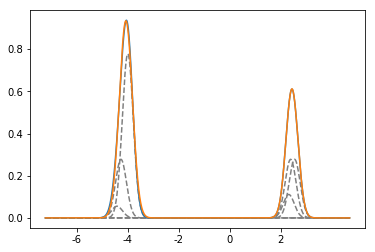 Spectrum for both Rb isotopes - Theory compared to experiment 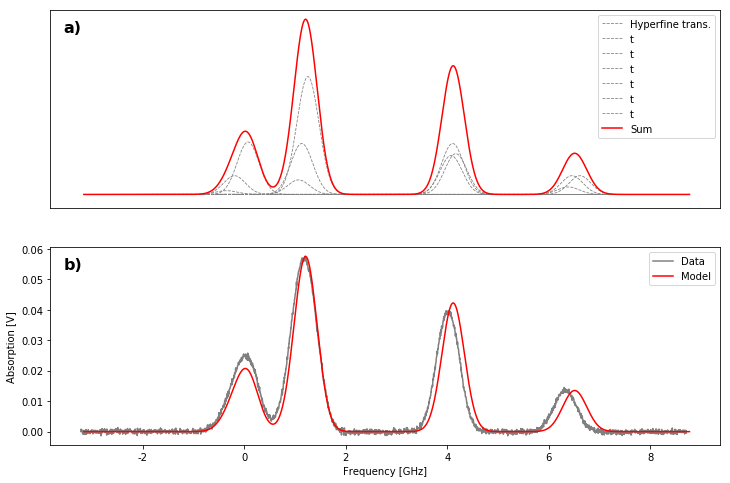 b) Comparison of the theoretical values (model) to the measured ones (data). 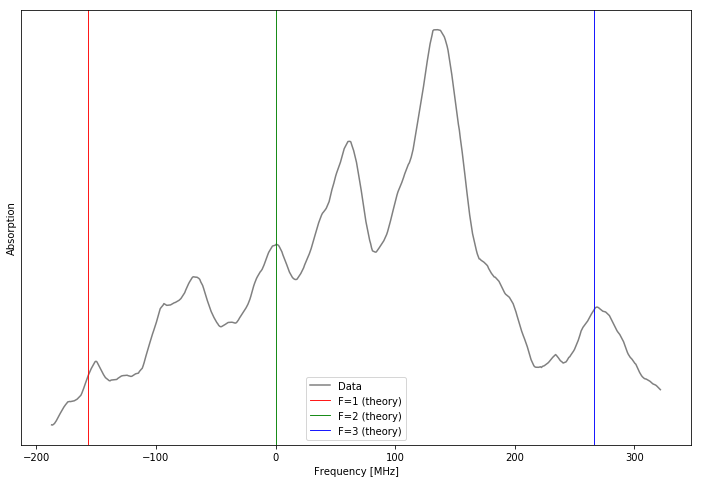 Figure: Measured absorption spectrum for saturated spectroscopy compared to model predictions. The colored vertical lines give the peak positions predicted by our theoretical model. The y-axis is the absorption strength in arbitrary units.